Key Reasons Your Business Should Utilize Concrete Salvage Whenever Possible

If you frequently use concrete, you might have noticed that although it is an affordable material, its cost can still accrue quickly for big or ongoing projects. If you are interested in diminishing that cost while also being kinder to the environment in a myriad of ways, it can benefit you enormously to obtain the necessary product from a concrete salvage company. Therefore, it's a good idea to be aware of the information shared in the next sections.

You Can Accrue Significant Savings From Using Salvaged Concrete

It is not unusual to have a few misconceptions about the use of salvaged concrete. One is often that you would always be given pieces of broken concrete with which to build, thus allowing for the projected savings you were promised. The truth is that reclaimed concrete is run at least once through a powerful crushing machine after most of the contaminants have been filtered from it.

In some instances, broken pieces of concrete have viable uses, such as landscaping projects. However, they can also essentially be reconstructed using chemicals and bonded to new pieces of concrete and the use of new aggregate for a similar purpose has also been successful. Since less work into providing you with the concrete that you need, you can expect to save money.

It is often surprising to find that many of the challenges associated with the disposal of previously used or excess concrete are frequently related to environmental concerns. For instance, the production of concrete isn't easy, nor is it cheap. Specifically, oil, gas, water, and coal are commonly used to make its components and if it's not salvaged after use, it goes into a landfill. Once it's there, it will sit for many years.

Since the ongoing need to get rid of enormous amounts of concrete has already claimed valuable and limited space in landfills, it's obvious that diverting future concrete waste from new space is in everyone's best interests. By extension, reusing and recycling is almost always going to be better for the environment than creating a new product. As a result, choosing to obtain some or all of your concrete from a salvage company can permit you to have a real and significant impact on the world around you.

In conclusion, the use of salvaged concrete can help your business to save money, reduce your consumption of rapidly shrinking landfills and use fewer natural resources. If any of those sound like they would be a positive addition to your current business practices, it's best to speak with a concrete salvage company at your earliest convenience. 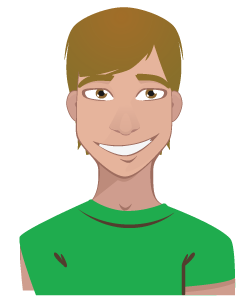